Shelby Walker, her husband and their two children were homeless just a few years ago.

The San Jacinto resident was tired of relying on government aid and realized something needed to change.

“So I decided to come back to school and I’m now graduating from MSJC after only two years and was accepted to everywhere I applied,” said Walker, a 25-year-old Communications major who next plans to get her bachelor’s and master’s degrees and hopes to return to Mt. San Jacinto College to teach someday. “Words cannot express how I'm feeling. I am so excited and cannot wait to move my tassel when I cross that stage.”

On Thursday, May 23, Walker joined the largest graduating class in Mt. San Jacinto College history. She was one of four graduates who served as student speakers at the two commencement ceremonies held at Pechanga Resort Casino in Temecula.

This was the first year the college hosted two ceremonies in order to accommodate the growing number of graduates and their guests. It was the second year commencement was held at Pechanga.

Mt. San Jacinto College serves about 26,000 students in a district covering 1,700 square miles from the San Gorgonio Pass to Temecula.

“It’s overwhelming. … I can’t believe I made it,” said White, a 28-year-old Hemet resident. The honors student earned an Associate of Science in Nursing (ADN) while raising children and being homeless at one point. “I didn't think this would happen, but I did it. I made it past every obstacle thrown my way."

This week’s achievement has been a long time coming for Kim Krausert, a 57-year-old Murrieta resident who earned associate degrees in Studio Art and Liberal Arts.

“Whew. I did it!” the honors student said. “As a full-time employee and full-time student, it has been a long, sometimes difficult ride. I am happy to move to the next chapter of my education.”

Krausert, who earned the President’s Award of Excellence in Art at MSJC, plans to attend the University of North Carolina at Charlotte, where she plans to earn a bachelor’s degree in art with a concentration in education. She then plans to earn a master’s degree in order to teach art at a university.

And she did it all while still balancing being a mother of two and a volunteer for many nonprofit organizations.

“MSJC was my home away from home,” Ochoa said. “It felt like forever, but I did it after all these years! If I can do it, so can you!” 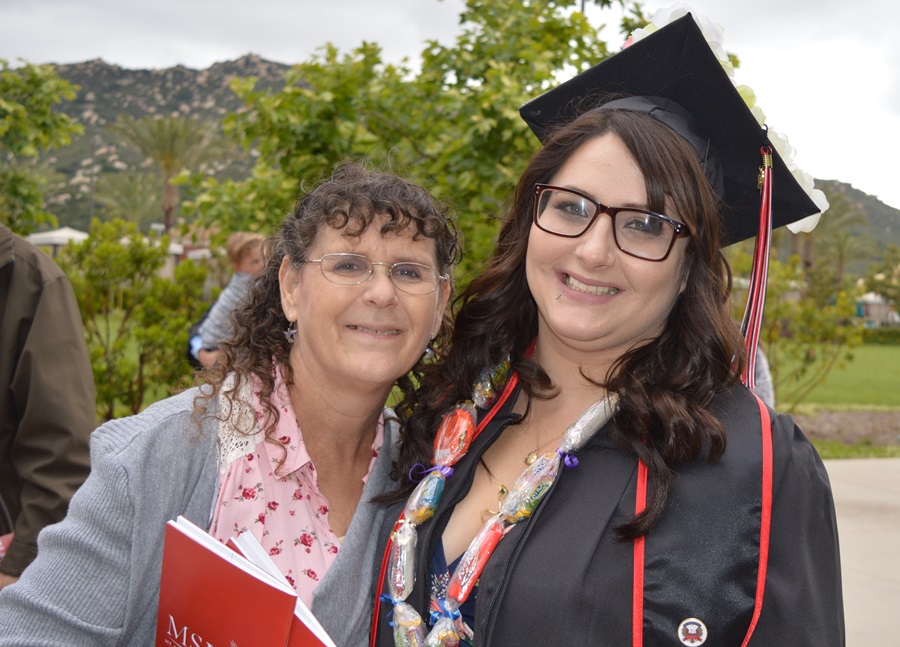 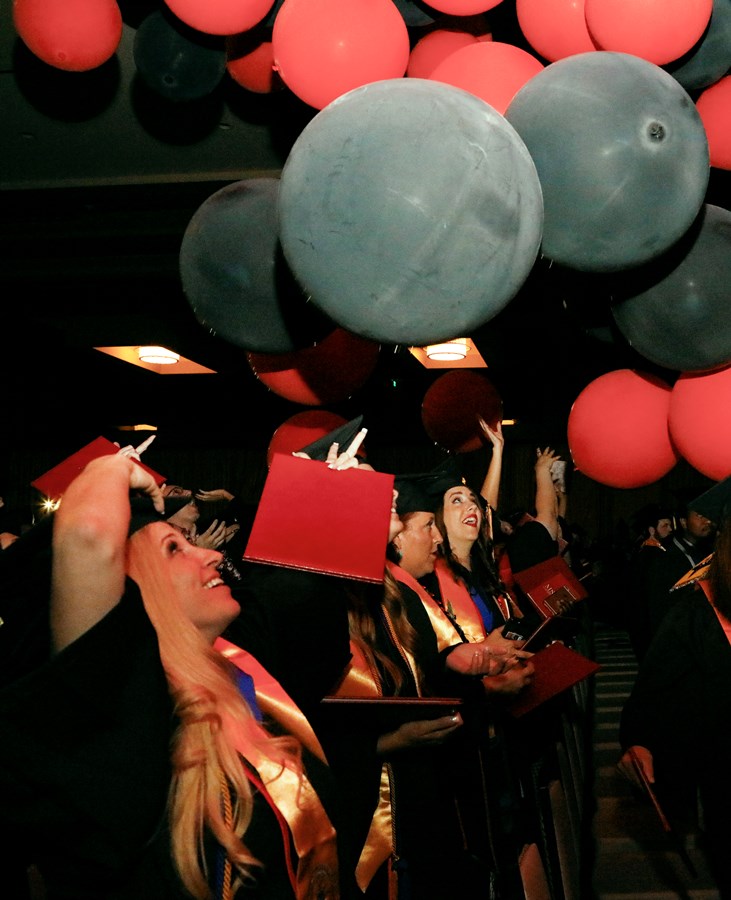 1:
Students celebrate during the balloon drop at the closing of Mt. San Jacinto College’s 2019 Commencement on Thursday. 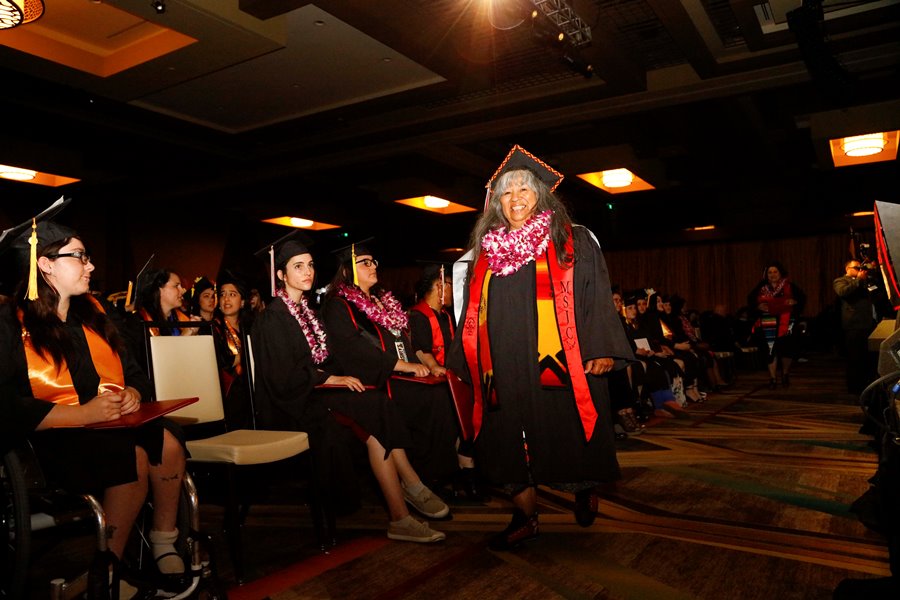 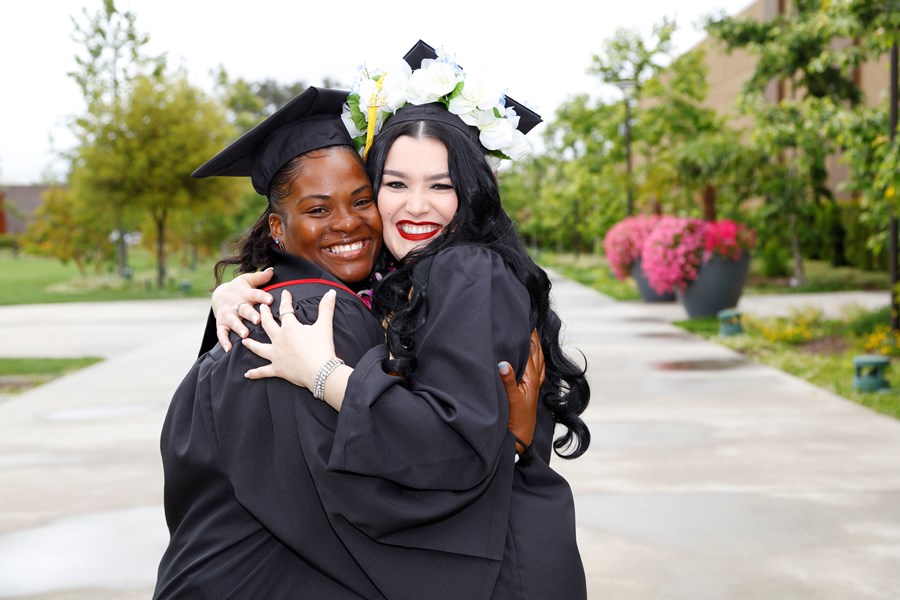 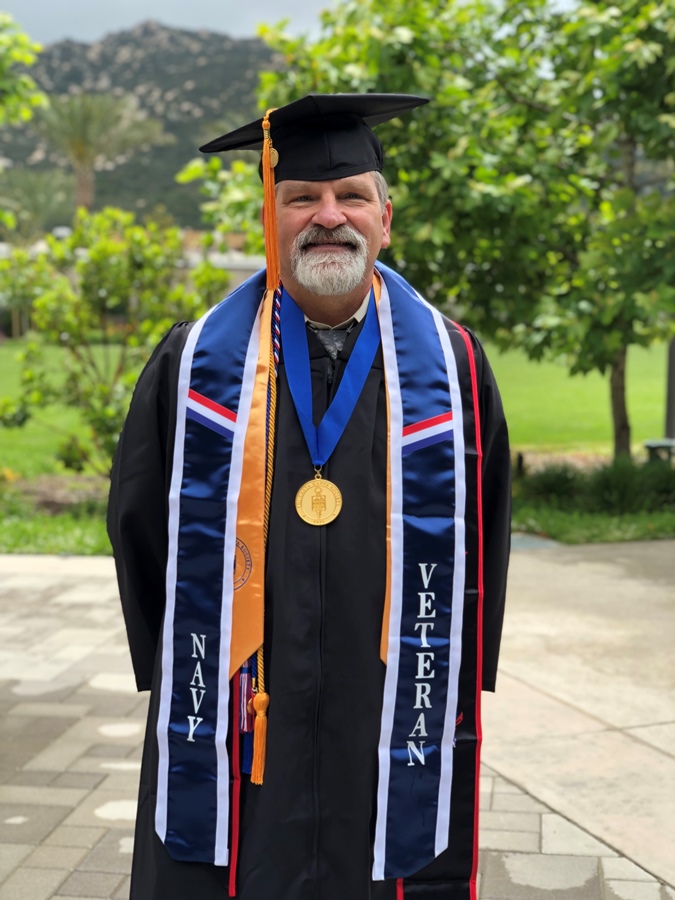 Navy veteran Lee McIntire gets ready to pose for a portrait during Mt. San Jacinto College’s 2019 Commencement on Thursday. 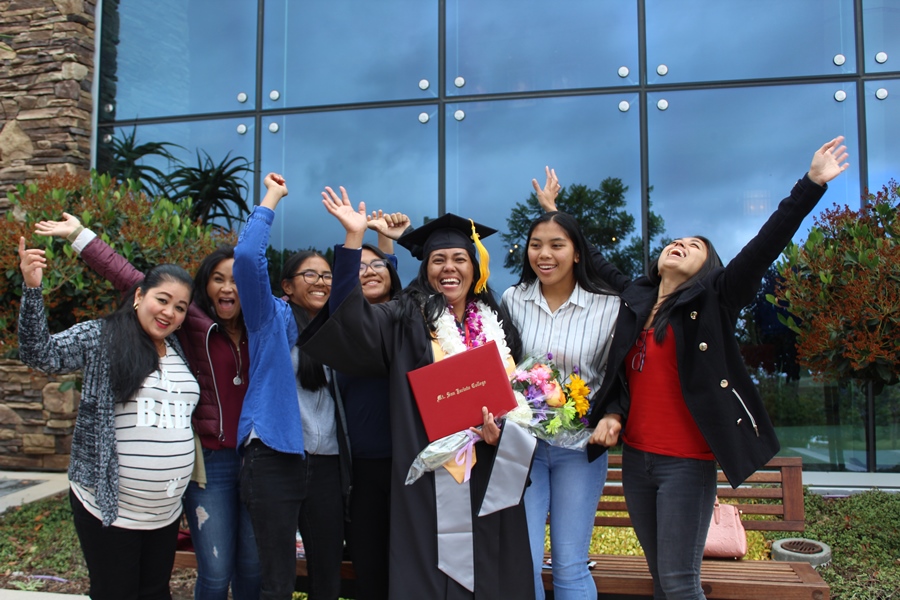 Rachel Abelgas, one of the student speakers during Mt. San Jacinto College’s 2019 Commencement on Thursday, celebrates with her family after receiving her diploma.