Students, residents, faculty, staff and officials gathered at Mt. San Jacinto College on Jan. 21, 2019, to honor the life and work of Dr. Martin Luther King Jr. with the theme of “Resistance to Racism and Intolerance” at the 13th annual MLK Unity Breakfast.

Guest Speaker Dr. Jordan B. Smith Jr., inspired the crowd of about 150 people with “My Path of Resistance Through Racism.”

Dr. King “had a vision. He had a dream. I didn’t know at that time that he was speaking to me,” said Smith, who served in the Marines, rising to the rank of major during his highly decorated career.

“I am a restorer. I change their mindsets,” Smith said, noting that he helps many of his students graduate. “I make them believe in their abilities.”

The annual Unity Breakfast at MSJC brings the community together to remember the message and work of Dr. King to promote social justice and equity. Guests enjoyed breakfast, performances, speaker presentations, and a student art contest. MSJC Political Science Professor Willie Hamilton coordinated and hosted this event with the MSJC Diversity Committee.

MSJC student Wayne Yeager, Jr., of Hemet won first place in the MLK Day Unity Breakfast art contest for his mixed media art installation that represents poverty, racism and other societal challenges among tribal nations in America. He said he started the piece, shaped like a shanty home, in December and used material left in dumpsters to salvage whatever he could.

“I wanted to tackle all the problems out there,” Yeager said. “I started with poverty on a reservation.”

His “We Are Still Here” installation even features a working faucet through which flows oil and rust to represent the controversial Dakota Access Pipeline.

The breakfast also featured performers Toni Malone, who portrayed a forgotten slave and the legendary Aretha Franklin, the Praise Dancers and Choir of the 1st Missionary Baptist Church, and The Julie Simon Tropicaleiza Drummers.

Hamilton and the Mt. San Jacinto College Diversity Committee thanked the MSJC Board of Trustees and Superintendent/President Roger Schultz for their continued support and participation in the annual event. 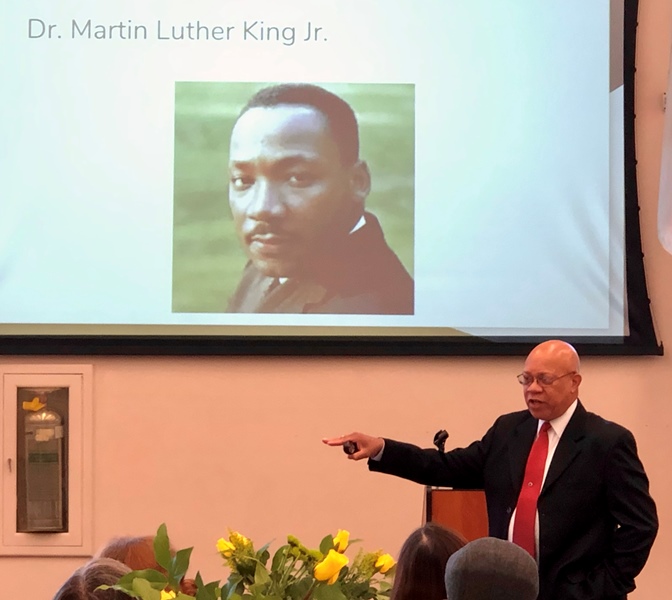 Dr. Jordan Smith Jr., who served as a major in the Marines, inspired the room of 150 people with his “My Path of Resistance Through Racism” speech at the 13th annual MLK Unity Breakfast at Mt. San Jacinto College in San Jacinto. 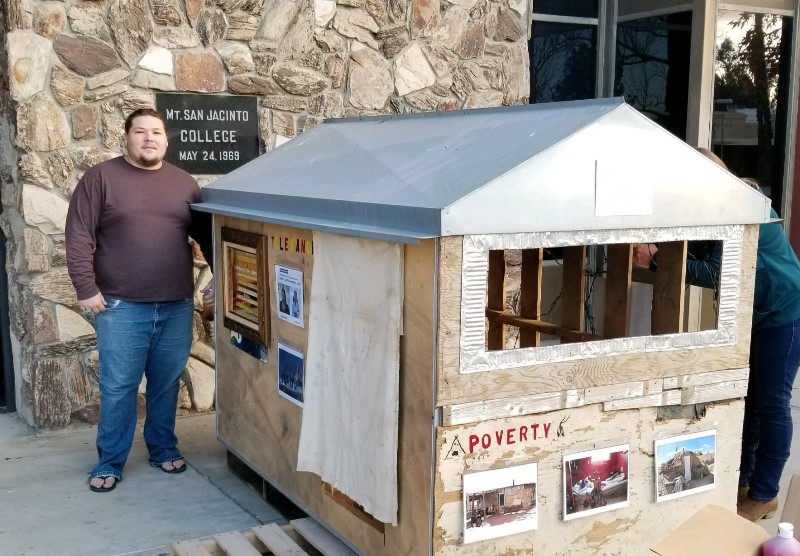 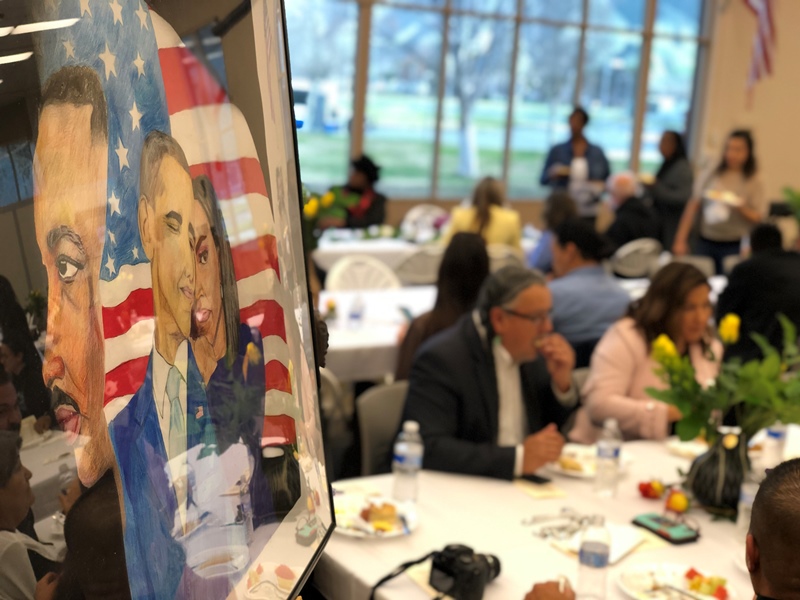